Socialization defines as an activity of internalizing the values, norms and concepts of society. Such kind of process includes both learning, along with teaching. By the means of such process, the cultural and social continuity are achieved. The concept of socialization is highly influenced to the development of psychology. Culture helps in providing knowledge and learning that improves the social experiences of human beings. Being socialized, particularly demonstrates the entire process of learning throughout their course of life, together with, it is considered as the main influence on the beliefs, values, actions and behaviour of children and adults. When human socialized themselves, then it may lead to intended results-often times known as “moral” as regards the community where it happens. Personal opinions are affected by the community's accord and generally tend toward what that community identifies “normal” or “acceptable”. It gives certain explanation for human beliefs and their actions which is partial in nature. It also has been researched that human beings are shaped by both kind of influences such as genes and societal influences. Therefore, it can be said that socialization is the obligation of that society to make sure its children are reliable and responsible members. Children are taught that plans of the society are based on their behaviour. These kids are anticipated to understand and learn the cultures and norms so that they can be further socialised with other people in their life. It makes the person to fit and live into their community in which they belong. It begins from the time the people born in the society, lasts until their death.

The concept of primary socialisation defines the prior stage in which children are taught and learned from their parents and siblings about their society and how they can contribute to teh society for the welfare.

Secondary socialisation is known as the second stage of socialisation. It is the phase in which development of child takes place. It mainly happens in the former part of the childhood as well as at the time of adolescence.It is the phase where socialisation is identified and formed by family members, along with the agents. These agents can be church, school, media, peer groups and many more. Such kind of socialisation helps children to develop and grow themselves emotional, physical and entire cognitive developments. A child is known as the young adult who identifies and understands almost each and every aspect of the society. By attending school, the child faces several hormonal difficulties which simultaneously affects the mindsets. It also supports children to learn concepts and societal skills such as following direction, instructions and issues to meet deadlines. It also assists students how they should interact with peers in schools, school members, teachers and many more. The family members still remain a significant part of the socialisation process, even when they come into the school. Children, whatsoever, will have different number of human beings in their lives from they will improve their knowledge and skills of socialisation. The growth and evolution of the generalised other, where the kids find out to have different attitudes of broader society, arise in secondary socialisation. 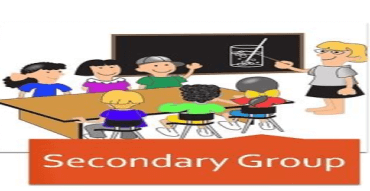