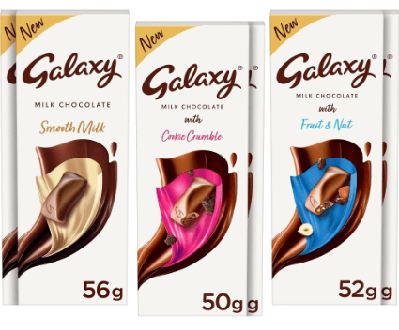 About Galaxy (A chocolate bar)- 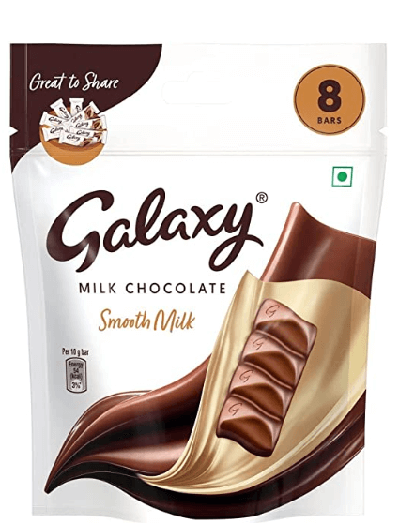 Galaxy is the name of a chocolate bar which is made and marked by Mars Inc. and it was first manufactured in UK in the year 1960. Mars Incorporated is an American multinational company which basically manufactures confectionery, pet food and other food products for human beings. This organisation is founded in the year 1911 by Franklin Clarence Mars. The sales of this chocolate are seen in various countries like UK, South Africa, India, Canada, Mexico and many other countries. In the year 2014, Galaxy was ranked as second bestselling chocolate bar in UK. The first rank is gained by Cadbury Dairy Milk. In the year 1980, Galaxy advertise their brand and product on TV to aware their targeted customers. According to a test applied on Galaxy chocolate, 62% of British people find Galaxy to be more indulgent, 56% of people said Galaxy is having better taste than other chocolates and 76% people voted that Galaxy is smoother chocolate than Cadbury. There are various kinds of Galaxy chocolate bar such as Galaxy Minstrels, Galaxy Bubbles, Galaxy Counters, Galaxy Orange and Short Cake and many others.

Relation of Dove with Galaxy 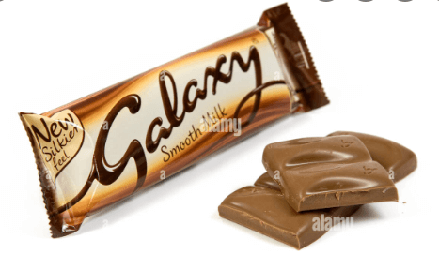