The case study is based on the Volkswagen carbon emission scandal, which is a German automobile company founded in 1937. by German labour front and Ferdinand Porsche at the request of Adolf Hitler. The company is the flagship brand of the Volkswagen Group which is the largest automaker by global sales. The company is focused on dealing and production of the high luxury cars that were extremely costly for the German citizens. The company is dealing with luxury cars which are of high quality. As the increase in the demand for rising globalisation, the company has carried its business practices in different countries in order to expand its business and its brand entity in the global market.

The case study is based on the scandal in which diesel cheat has damaged the entity of the Volkswagen company. The harmful, dangerous and mortal effects caused by the nitrogen oxide that is major pollutant that were found to be more harmful and hazardous which lead to the Environmental Protection Agency to strengthen the emission control to conserve the sustainability and save the environment. As all these concerns had made the EPA a restricted standard emission for all the types of vehicles in sports cars. The scandal stately reflects the and identifies the corporate misconduct from the company. The automobile manufacturing company in United States faced hard challenges because of the new stringent emission regulations. The company has managed to deceive the test by pertaining the the less emission in its engine. 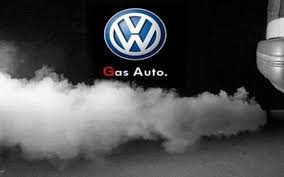 The diesel dupe has created a wide impact on the company. As Volkswagen is among one of the leading and growing automobile producer in the global market of the automobile industry. However the company has admitted the guilt in the scandal that had created various harms and effects on the company's operations and its reputation in the automobile industry. The scandal has severely created a harm and damaged the company's reputation in the automobile industry. There were various implications that were created a deceit by the company in a worse situation that has considered the different regulations as an international brand. To resolve this issue the use of the diesel dupe can be prohibited by the company to avoid the use of carbon which can created the harm to the customers. It has been analysed by the case study that the use of diesel dupe of Volkswagen in 2015, the purpose of the mechanism is to alter and change the detection of the nitrogen oxide gas in the diesel engines of the company. The leaders of the company can decide to go for a shortcut in the production of the international brand to carry its business practices. To resolve the issue as the culture and the structure is considered as the key element of the success to the organisation. The company can increase the demand of building the morale of the employees that leads to the achievement of tasks and the productivity in an ethical manner.

(Source: Increased Lawsuits Over Volkswagen Diesel Emissions Scandal: Do You Have a Case?, 2020)

To second issue faced by the company is the threat of the people's health. As according to the case the carbon emission scandal has created a harmful effect on the health of the people. The pollutant caused from the engines causes harm to the people and creating a bad impact on people's health. Due to the air pollution that was produced by the company has created a bad impact on people's health. The 4,28,000 Volkswagen and Audi diesel sports cars that were manufactured and produced has produced the more nitrogen oxide gas forty times more than the standard allowed range of the clean air act in between 2008-2015. the different researchers had concluded that in each every six years the Volkswagen and Audi has produced the excess amount of pollution. It has been analysed that the environment is severely got harmed and created a bad effect on the people's health and cause the diseases such as cardiovascular diseases and the other respiratory diseases that was caused by the emission scandal of the Volkswagen.

Moreover in the case study it has been analysed that there were about the age group of 10-20 that are endangered by the emission. The effects of the scandal has created the premature deaths in the event. The company 's diesel cars could cost higher. The issue can be resolved by keeping the precaution towards the health issues. The company can use environment sustainable gas and diesel oils in their engines to sustain the environment as well as to safeguard the health of the people. The company can promote democracy for considering its employees that report to the issues and the concerns which can lead to the higher productivity of the company and can lead to build the reputation and brand image for the company in the market.

The role of EPA to determine the automobile industry can be used to conduct the adequate and authentic research and that can identify the different present alternatives technology that can be used in the manufacturing of the cars of the company that do not create an impact and produce harm on the environment and on the people's health. The EPA body can analyse and checks that it provide the right support to the automobile cars makers and can be able to introduce a more feasible standard automobile cars. The value based approach can be used by the management of the company so that Volkswagen can focus on producing the quality products and can manufacture a good quality and featured cars with a feasible standard. The EPA body can also holds the program to guide and train employees so that they can be able to work on its quality content and grow more.