Sample For Business Environment Of Hotel

The current scenario of the world has been very dynamic and has affected the UK hotel industry in a positive and negative manner. The industry has witnessed changes in the area of operational performance due to increased price war against critical economic factors (Benson, Tilbury and Wickens, 2012). One of the major trends has been increased medium budget hotels that are acting as a major threat for big hotels. The impact of current business environment has been addressed in this report on the Hilton hotel.

The most recognized name in the industry, Hilton Hotels & Resorts stands as the stylish, forward thinking global leader of hospitality. With over 92 years of experience, Hilton continues to be synonymous with hotel because of our innovative approach to products, amenities and service (Hilton, 2013). 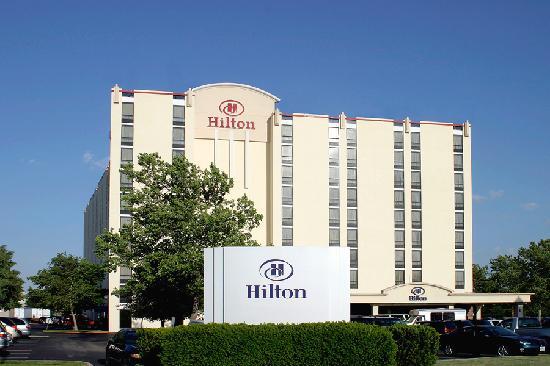 Hilton hotel is a multinational firm headquartered in Beverly Hills. It is known for its stylish, forward thinking global image in hospitality industry. This is due to 92 years of experience. The roots of hotel can be traced back to the year 1919 when the first hotel was bought by Conrad Hilton. The hotel to bear the name Hilton was Dallas Hilton which was a high rise that opened in Texas in the year 1925. Growth started from its very inception when Hilton opened its first hotel named as Waco Hilton with amenities like cold running water and air conditioner systems in public rooms (Mosley and Pietri, 2010).

Hilton hotel and resorts formerly known as Hilton hotel is an international chain of full service lodge and resorts. It basically is a flagship brand of Hilton worldwide. The hotel chain claims to have a fastest growth rate over past five years. It has shown a room growth of 29 percent and 950 hotels have been added since 2007 (Reid and Bojanic, 2009). It also has a current pipeline of 860 hotels under development. In the year 2011 it managed to open 170 hotels and has more rooms than other chain in US.

The hotel has shown revenue as largest group in 2011 across the world. It has also generated revenue of around 8 billion US dollars in 2011. The hotel is basically a private firm belonging to hospitality industry and has being ranked among 38th private company in Forbes.

The sector in which the hotel operates is hospitality. At present it has more than 3750 outlets with 615000 rooms in a span of 85 countries. These are inclusive of Conrad Hotels & Resorts, Double Tree by Hilton, Homewood Suites by Hilton, Hilton Grand Vacations. The company has also managed to provide world-class guest reward program under the name of Hilton H Honors (Robbins, 2009).

Hilton Worldwide has been the leading hospitality company, where operations span from lodging sector, luxurious full-service hotels and resorts. It moves up to extended-stay suites as well as a vast array of mid-priced hotels (Burgess, 2000). It has been involved in offering top class accommodations, service and amenities to business and leisure travelers. The major business activity has been to provide hospitality related products and services to its guests and clients. The customers of IHG are mainly business class and leisure seeking travelers. The market is spread over major countries and cities in the world. In this respect Hilton has an 8% share in the branded rooms market and 3% in entire hotel industry.

The Hilton group of hotels has high brand recognition in hospitality industry. The presence of technical innovations has led to an improvement in consumer experiences. There have also been constant upgradations of business processes. On internal front, the hotel boasts of good employee relations. It became one of the first organizations to get a certification from International Organization for Standardizations’ for Quality and Environmental Management Systems.  The hotel chain has a good market reputation among consumers for offering several loyalty programs. Development in these areas has been very helpful during sluggish market conditions. The international systems and diversified expansion has helped in gaining a strategic garnering leadership position (Kaplan and Haenlein, 2010).

There has been a limited market share in spite of a good brand recall. Moreover, the operations have been badly affected by differences and rapid changes in government policies and parameters (Sarkis, Torre and Diaz, 2010).

There are various market expansion opportunities especially in emerging markets. Innovation on consumer services can be used for more improvements. There are prospects of introducing new technology and digitized processes in hotel offerings (Discover a world of opportunity, 2013).

The major threats have been due to Euro zone crisis and the downturn of economy due to recession. Volatile currency market is also making operational planning difficult. Frequent change in consumer preferences and tastes is making it difficult to introduce product and service offering. There is high risk of competition as most of hotels are providing quality services (González and Garazo, 2006).

Horizontal integration happens when a firm undertakes merger or acquisition with another organization at the same level of business. The main benefit is an increased market share of the company (Benson, Tilbury and Wickens, 2012). Here, a deliberate attempt is made by a company to bring resources of rival firms for enhancing consumer base followed by market share and enlarge its customer base as well as market share. Hilton Company has a huge portfolio of hotel brands and resorts that have been due to horizontal integration.

There is a presence of positive and negative impact due to economic conditions present in whole of Europe. These have been in form of euro zone crisis, economic recession, modifications in UK visa regimes etc. They have impacted the operations of Hilton in a negative manner. However, there is some presence of bright sides as well. These have been removed trade barriers, inflow of tourists; economic growth etc. has lead to increased sources of revenue for Hilton hotel (Kaplan and Haenlein, 2010). It is very clear on the basis of marketing and management journal of hospitality that hotels belong to cadre of late cycle. It is management of hotel Hilton that decides over the policies. This reflects that changes may not been be visible in a near time. In this scenario, it is essential to study the economic factors that can be considered to be the most significant and how they have impacted Hilton hotel (Mosley and Pietri, 2010).

Due to crisis of Euro zone the revenue of Hilton hotel fell by 30 percent. On basis of statistical record of IBIS World, the hotel sector of UK has reduced by a rate of 1.1% on a yearly basis. This has clearly blemished the performance of Hilton hotel leading to a decrease in occupancy rates. The changes in visa regimes have impacted the inflow of foreign tourists on a large scale. Moreover, some of the domestic travelers also found it difficult to  their holidays.

Inflation has also acted as a significant factor to decrease the purchasing power of consumers. There has thus been a reduction in consumer spending with respect to high class service offering of Hilton hotel. Leisure travelers also were affected as a slight increase in prices leads to reduction in their travel related spending (Robbins, 2009).

On analysis of the demand and supply situation of Hilton hotel it is clear that the consumer base visiting the hotel is inclusive of business class travelers as well as leisure tourists that use facilities offered by hotels in form of spas, pools, accommodation rooms, business centers with added amenities in form of fax and modem points plus extra work space. Hence there is a need to set pricing of services by hotel in such a manner so as to provide maximum consumer satisfaction without affecting the overall revenue structure of hotel.