Why is Student Activism in Universities a Good Thing to Follow?

Role of Activism in Developing a Better Tomorrow 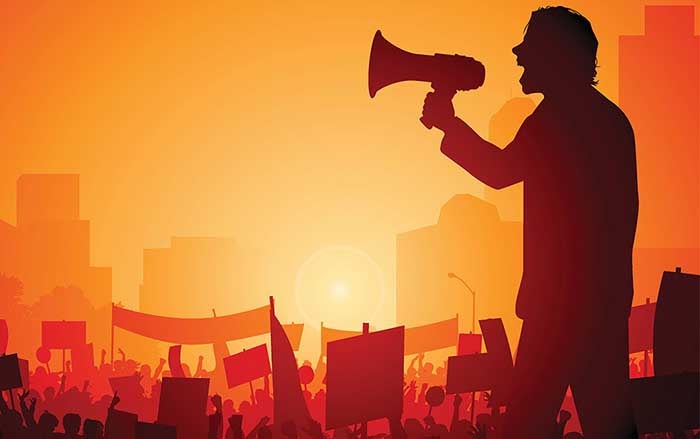 We usually club the word activism with chaos, riot or some muscle power, but activism is something beyond that. Activism is where people work together to cause a political, environmental, economic or social change. The theory of student activism also starts from this idea where the students work collectively for a common cause. The assignment help experts associated with us had a detailed study on student activism and how it helps us to build a better tomorrow. Read this entire blog to know all about student activism:

Involvement of Politics in Activism

Problems with Universities These Days

Unity is strength and ‘united we’ can make impossible things possible. This is the idea behind both the students and other activists. Universities represent societies or in a wider context the country itself because there you can see students from different walks of life. So ‘Unity in Diversity’ should be the tag line of every university. In the current society, the idea of the university has become just a place for academics, yes that should be our prime motto, but the context or purpose of the university is something beyond that. Universities are the powerhouse of future. They are the incubators of a better tomorrow but with injecting mere academics, universities are just producing robots. Colleges and universities are merely running just for business. So the very idea of the university is in danger. That's why once a place filled with ideas and unity has now become a place only for academics. Management has been successful so far to suppress the unity, and they are dividing the students with some preposterous rules and regulations. So where is the unity that we enjoyed once?

Relevance of Activism in Universities

The idea of being free is a natural human trait. People tends to be free. Here comes the idea of activism in the universities and its relevance. The universities have become an epitome of oppression and student rights violations. They had managed to deceive us to believe that universities and its management are working hard for the betterment of students. These are nothing but misrepresentations and outright lies.

Here comes the relevance of activism, and this is the right time to do it "Now or Never". For ages, these managements are oppressing us through many ways. In recent times, most of the universities have become jails. Institutional murders, fees hiking, violation of student rights, etc., are some common things we hear. The universities are continuing this without considering the students’ concerns. They are doing this fearlessly because they know no one would raise their voice against this. If someone does, he/she should prepare for the wrath of the management. This system should change. By uniting and fighting for the common causes in universities, we are not only fighting for a reason but also inspiring millions to raise there voices. We are fighting for a better education system. There is strength in numbers so be united and fight for the cause.

Student activism brings many indirect benefits to society and students as a whole. Some of the points are discussed below:

SO BE UNITE AND FIGHT FOR YOUR TRUE RIGHTS

We hope that the above-discussed points will help you to guide you regarding the importance of student activism. We, at Global Assignment help, have a team of academic writers, proofreaders and editors. Our concern is to help the students with assignment writing. If you are facing any such issues, then you can connect with the experts working with us at any time of the day.

Get all these features for

How to Resolve Critical Problems in Maths Assignment Like an Expert?

Qualitative V/S Quantitative Research Method: Which One Is Better?