Nationalisation Of Oil Industry In Argentinian

Nationalisation of business means that the government takes over the company for putting it into the ownership of public. An entire sector can become nationalized, if government captures its assets and control operations to support its function more effectively, either for a long time or at the period of crisis. The process facilitates the government to run the organisations in the interest of the population as a whole, rather than having the firms to be working in the interest of profit for selected parties. In the below essay, there is an explanation regarding nationalisation strategy of the oil industry adopted by Argentinian government and its impact on business, people and culture of the country. Moreover, the main attempt of the researcher is to find out whether the procedure of the oil industry nationalisation adopted by the government is effective or not for the economic development of Argentina (Auken, 2012). 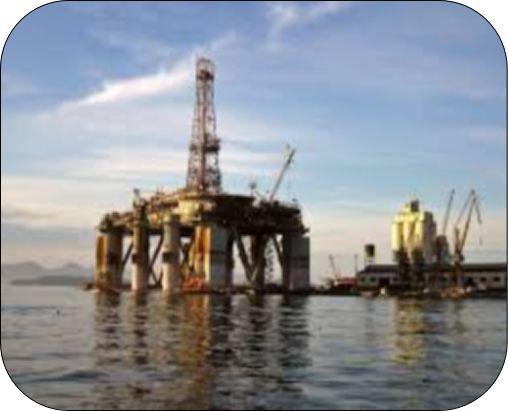 Advantages and Disadvantage of the oil industry nationalization for Argentina

The country and its population can get many benefits due to nationalisation of the oil industry as it eradicates powers from the hands of few monopolists and enables the government to take active steps for society welfare. Through nationalization, government can modernize the system or activities of industry for its rapid growth in making economic prosperity of a nation. This strategy allows maximum utilization of oil and gases to attain economic growth. With the help of nationalisation, all the regions of the country can be equally developed (HENAO, 2012). Moreover, government adequately considers social and regional factors at the time of deciding for new plant location. Working conditions of employees in oil and gas industries can improve by its nationalisation, as good pay, fringe benefits and security of services are provided by the nation’s government to them. Hence, it helps in maintaining peaceful atmosphere at workplaces. Interest of public injured by unhealthy competition among oil industrialists can be mitigated and measured by state ownership (ROMERO, 2012).

Further, co-ordination in nationalised industry facilitates centralised management and enables the government to solve issues related to capital, marketing and labor operation. Under the policy of nationalization, enterprises profits would go to the treasury of public that can be used for country’s welfare. It also enhances the economic activities which greatly persuade the living standard of people. The state nationalised industry with an aim to create employment for jobless person may hire the outstanding skilled and talented person’s services due to availability of enough resources. Thus, the undeveloped resources of nationalised sector could be used by skilled services for productive purpose. Finally, it also helps in reducing prices of oil and gas, eliminating middlemen role and incorporating scientific and modern techniques (Haarstad, 2012).

However, there are some disadvantages also connected to the oil industry nationalisation, such as if ownership is in hands of public sector, the employees will not make efforts for profit and their efficiency or performance may remains poor. Competitions among industries are necessary for increasing production and nation’s development, but nationalisation has reduced the spirit of such competition. Moreover, nationalist management in the oil sector offer jobs to their favored individuals as political leaders have control over the authorities of state (Ott, 2012).

Due to nationalisation of oil and gas industry, their operators are facing several issues; moreover government of Argentina is targeting overseas corporations not only operating in this segment, but also across the overall business sector of the country. Such current events, i.e. nationalisation have raised the level of investment risk for foreign investors who hold deals in local companies of Argentina or foreign corporations running their operations in a country. It has also considerably enhanced the threat for non-Argentina firms operating in the sector of oil and gas, as these organizations will ultimately lose their concessions on oil and gas. Since, winning the vote Kirchner (president) has ordered that every oil and gas companies working in Argentina, together with foreign corporations should repatriate all potential export earnings to Argentina (Shever, 2012).

For example, with the aim to nationalise YPF, (the largest oil producer of country) Argentina will nationalise 51 percent of the organization from 57 percent presently hold by Repsol and in this Spain has agreed to payback. This can lead to an ugly and long fight. In concurrence with this demand, the state has also commenced regulations which considerably boosts the capital amount a banking institution should hold prior to being officially able to compensate a dividend. Due to this force along with changes in regulations have made many Argentina corporations such as Banco Macro (BMA), YPF.SA (YPF), Telecom Argentina (TEO) and BBVA Banco Frances (BFR) to agree for either to not pay dividends or be powerless to do so because of change in laws (Vassiliou, 2009).

Such demands in themselves signified that the administration is resolute to not only create highly protectionist or interventionist policies, but systematically and actively intrude in the economy on behalf of national interest. All of this does not predict well for the self-governing future of Argentina oil and gas sector as well as possible other sectors together with communications and banking (Carranza and et. al., 2002).

Due to changes in government decision, foreign firms have asked for an apparent playing field. Several investors will get retreat from Argentina not just due to prospective of profitability, but also because of less transparency in the regulatory environment. In this regard, Fitch Ratings wrote that the expropriation adds one more layer of economic improbability. In recent years, various foreign organizations with long-lasting investments in Argentina have steered an often-challenging environment of regulations, specifically in the sectors of resources where state force to increase investment and production has been most straight. Moreover, nationalisation of YPF has introduced another uncertainty layer for foreign firms contemplating investment in the country. Foreign companies already face large obstacles in relation to foreign exchange controls as well as restrictions on payments of dividends (Helms and et. al., 2011).

Fernandez has also made compulsory for organizations to repatriate money invested abroad and export revenue, restricted imports and prohibited on most purchases of foreign currency. The trouble with the Petroleo Plus and Refino Plus program is far poor for Argentina’s producer Pan American Energy (PAE). The export certificate of PAE’s is the order of four times the Sinopec figure. If the equilibrium is not exist in the marketplace, due to Sinopec and if PAE cannot get their certificates, the greater part of excess oil production from Patagonia be required to exported at $28-30 per barrel (judge against to $100 per barrel in global prices.) It is really a tough set of situation to be accepted by worldwide oil majors (Kaiser and et. al., 2010).
Effect of nationalisation on the recent trends of oil and gas companies operations in respect of future prospects

There are vast oil deposits in Argentina, but more investment levels are needed for higher development. CEO of YPF Galuccio has currently stated that the organization can attain 6% annual increase that translates to about 27,000 barrels every day from present production of YPF’s about 450,000. It is highly positive, on the basis of current experiences. Assuming that 50% of $3.5 billion is liberally allocated to the new wells construction, each would still be allocated only $1.75 million (contrast to a more realistic cost of $4 million) plus a very low commencement index of $15,000 per barrel each day which is one of the best in the globe. Wells that cost below the half of the average amount as well as manufacturing cost as low as the top oil producers in the globe are highly impractical. YPF cannot get the postulated increase in production with such less investment levels. Even the most technically superior oil producers of United Stated would not state such positive projections (Lai and Trescott, 2005).

In the context of gas, there are large shale of gas deposits. The 774 Tcf of shale gas at 20% definitive revival, as now assumed in some US shale plays such as Marcellus means 155 Tcf of commercially recoverable natural gas. At a low down $2 per thousand standard cubic feet it implies a resource value above $300 billion, at $5 it translates to $750 billion. This is more than nation’s GDP of about $450 billion. To increase the shale gas potential, the overall investment using final value of $750 billion will be of the order of $250 billion, over the upcoming 15 to 20 years that is a figure impossible to imagine in today’s dilemma of Argentina. Clearly, the state should make an attempt to become an investment magnet, rather than a raider of already available investors (Scott, 2010).

From the above essay, it can be stated that there is a major impact of nationalisation on growth of the Argentinian economy. The major growth can be forecasted as 6% increase in barrels of oil in upcoming years. With respect of gas, the sector has shown 50% growth in the Gross Domestic product. Nationalisation has increased in the number of employments for the new generation. It also adds in cost-cutting of major products in the oil and gas industry. Thus, it reflects the positive impact of nationalism on these sectors along with economic prosperity in the Argentina (Mirza, 2011).