Bermuda Triangle: A Mystery of Natural or Supernatural? 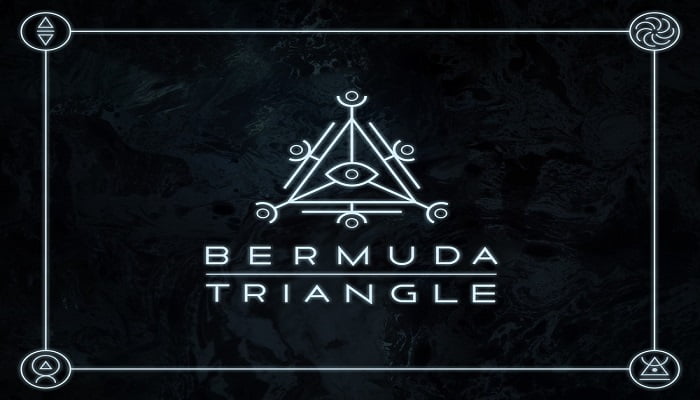 Bermuda Triangle: A Mystery of Natural or Supernatural?

Stretching coast to coast from Florida to Bermuda to Puerto Rico, Bermuda triangle became the "Sea Mystery at Our Back Door," according to a Fate magazine article from 1952. In that article, George X Sand covered several planes and sea vessels that went missing in the mysterious area. To date, seventy-five accidents have happened inside the Bermuda Triangle which we haven't been able to recover the remains of.

The mysterious disappearance of Ellen Austin crew in 1881 incident hasn't been solved yet. According to the testimony of survivors, the captain of the ship found another ship sailing inside the Triangle. Strangely, the ship they saw had no one on board. That was when the captain of Ellen Austin ordered his crew to go and salvage the ship, search if anyone's on board, etc. As suspected earlier, there wasn't even a single soul on board. The crew notified their captain about the situation, and together they decided to guide both the ships to New York, their destination. However, a colossal storm separated both the vessels kilometers apart. And, when the storm was over, the ghost ship was forever gone.

No practical theory can explain such disappearances. However, several have tried to explain the phenomenon, out of curiosity. Spoiler Alert: Human Error Theory is the broadest accepted theory behind the happenings. Here are some desperate attempts towards solving the Bermuda Triangle Mystery:

The theory states that anywhere else in the world, a compass faces the magnetic north but inside the Bermuda triangle, it meets the exact north which tends to confuse the navigators. Even a slight error of 0.5 degrees in the sea can end up in entirely losing the path.

The Gulf Stream theory states that there is a submerged river which flows beneath the ocean. It originates from the gulf and can shoot debris into the sea. Propellers from the ship hit the rubble and start malfunctioning, and after an elongated contact with the debris, they break.

Gulf Stream theory, however, fails to explain the reason behind the aircrafts went missing. Hence the approach stays unaccepted by the scholars in ship sinking and plane crashing.

Hugely accepted theory and backed by the coastguards and the aviation, the Human Error Theory states that every accident that happened there was a result of human error which, to a vast extent, makes a lot of sense. After observing the audio and video recordings at the time of the incident, scientists claim that the planes and ships that went missing in the triangle are because of a few wrong decisions.

The number of ship and plane accidents is same within any area as broad as Bermuda Triangle. What the theory fails to explain is what happens to the ships that they just vanish from the face of the planet.

Bermuda triangle has a lousy weather inside, anyway. It has something to do with the hexagonal clouds that surround the area. Theorists claim that the hexagonal clouds are capable of producing wind blasts. The phenomenon is observed when a sudden change in wind speed happens out of the blue. 25km/h soothing winds can anytime convert into 270km/h hurricanes within seconds inside the Bermuda Triangle. 42 ft waves are typical in the area on a moderately windy day.

Taking into consideration that there is an opening in the seabed under Bermuda Triangle, the Methane Hydrates theory also seems a quite intelligent observation. The theory states that methane travels up to the water surface which creates bubbles. Foam on the top of water results in making the water a lot less dense which the ships are not used to sail upon.

Laboratories in Australia have demonstrated the effect of low density water on ships. According to the theory, when methane releases, it travels high up in the atmosphere, and causes planes to explode.

Wormholes are the same thing as black holes, but smaller. It is believed that there is a portal to another universe that lies in the center of the triangle. Hexagonal clouds are formed above the area because something is pulling them towards itself, according to the theory.

However, a black hole shows the tendency to grow more prominent as it attracts objects into it which makes the phenomenon unaccredited. If it were a black hole, it would have consumed the entire world, or even more.

B. Lost City Of Atlantis Theory

Everyone knows the legend of a flood which consumed the entire world. In that flood, the city of Atlantis was forever lost. After years of research commuted by the archaeologists, the lost city is believed to lie under the triangle, itself. And, as myths tell us, the pyramid of Atlantis creates high amount of energy which instantly converts everything into pure energy, which comes in contact with it.

There are no facts that relate to this theory, but myths. And, that's the biggest reason behind its disapproval. Otherwise, it’s an interesting approach to look at.

There are a lot of ancient mysteries that we haven't figured out yet like the tunnels beneath the pyramids, and exponentially rapid body aging near Mt. Kailash, etc. Not many people know about all that. It takes a really superior race to disconnect with your ancestors entirely and yet keep praying to them. And, doesn't it surprise anyone that after Roosevelt incident, apparently no supernatural activities have ever happened? It could be because where we stand, "Ignorance is a Bliss" is a famous saying, as well.

There are a lot of conspiracy theories behind every unexplainable happening on the earth. Read about them to gain a perspective which connects the ancient myths like "Bible" to the real world, today. It'll consume your interest and time. The time you could have spent writing your assignments. If you don't have enough time to complete all of them, contact Global Assignment Help. Our team of academic writers will complete your pending assignments so that you can submit them before the deadline. We have so far assisted many students with high-quality assignment help services.

You may also like to read the following blogs: