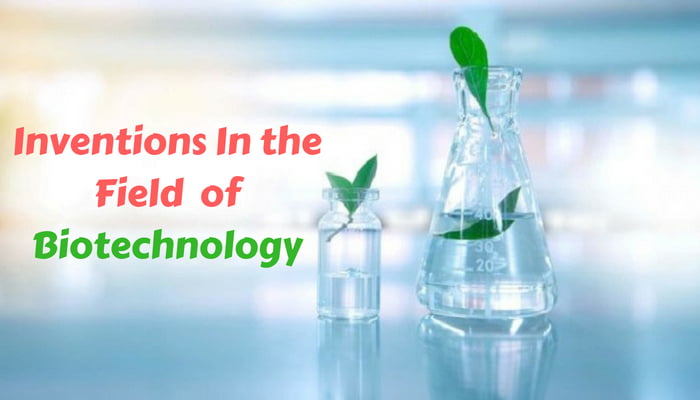 Seven Recent Inventions In the Field of Biotechnology

Biotechnology is the field of technology that affects all of us directly or indirectly. It’s the area that has grown increasingly over the last couple of years. In recent years, some amazing innovations took place which have changed the medical science completely. Our experts of Biotechnology Assignment Help have enlisted seven of them.

Forget about the bandages and the dressings, nanogels might be the future of upcoming medical science. Nanogel is a nanoparticle composed of a hydrogel. A group scientists from Singapore is working on it. These nanogels are found to heal burns and wounds more quickly compared to wound dressings. This fast healing is crucial in minimizing the risk of infection and swelling in the case of severe and non-healing wounds. Some day it may be used as a spray or topical gel for healing injuries.

Recently researchers from various Australian universities had together developed a 3D printing device which can draw new bone derived from seaweed. It’s like a pen whose ink is a mixture of modified bone cells. This will help surgeons to inject bone cells directly to the place of the wound, and thus, help in regenerating new tissue. A successful sample test has been done on animals, and will surely be implemented on the human body very soon.

At present, the majority of antibodies drugs have complex structures and high molecular weight which make them costly. However, a few years ago, researchers from Korean universities had made a simpler version of an antibody called Repebody which has a simpler structural backbone. Its sample test was done on a mice which was first given a heavy dose of honeybee venom, then treated with artificial antibody. well it worked, as it increased the survival rate of mice. In upcoming years, medical science will be quite dependent on it for several treatments.

Imagine, how much exciting it will be to cut and paste someone else's genes into other. A Korean company called Toolgen has already made inventions in this field. This gene exchanging process was firstly introduced in diseased genes, and it was capable of replacing those damaged cells with the healthy ones. This whole process is called geneome engineering. Its applications are gene mutation, gene therapy, transgenic animals, etc. Researchers are still trying to improve its safety before implementing it completely.

Researchers at Fudan University have developed a new technology which can convert our clothes into walking solar batteries. The threads of those garments will act as a solar cell and can be woven into textiles. This was not a new idea, but previous versions were so costlier and harder to implement. This new technique can capture the incident light at multiple angles, bending, thus, allowing it to store that energy completely and work efficiently. It will be portable and useful in maintaining sustainable development.

Molecular computers have been designed by DNA computing, which is a branch of science that uses DNA, biochemistry, and molecular biology as its hardware instead of silicon chips. The method involved in inventing this device is based on genes which build most of the logic gates(AND, OR, NOT). No doubt this technology will make a faster solution to many problems but scientists are still working on many issues like how different DNA will vary in solving the same problem.

Biotechnology has real potential to help people maintain a good health and lifestyle worldwide. It enables medical staffs in starting treatment from far away which can reduce infection as well as life risks. Being a biology student, one should know what is going around  the world, what are the inventions taking place. So this blog is all about those new technologies and inventions.