What is Programming Language? Clear All Your Doubts with An In-Depth Study

A Comprehensive Guide to Learn the Best Programming Languages

What is a Programming Language?

Programming language is a computer language developers, or programmers use to communicate with other computers. It is a set of guidelines created in any particular language (C, C++, Java, Python) and developed to carry out a certain task. This language is used to express algorithms and data structures on a machine or a computer.

Binary, or sequences of 1s and 0s, is how computers think. 1 and 0 make up a machine code format, and each number either denotes a program's data or an instruction. When a programmer enters a command into their computer's terminal, the computer's processor receives the instructions and converts them into machine code so that a computer can perform the command. Any information generated by those commands is then translated into understandable language by humans, generally English.

Programming skills are getting more and more in demand nowadays. Anyone, who works with technology and has a fundamental understanding of how the software works, is beneficial. You can find jobs in coding, designing software, data architecture, or developing user interfaces if you have programming experience.

But which language to study? There are countless programming languages available online that are free to learn and use for projects. Students get confused while opting for the right one. To clear out all their doubts, they search for the correct information on the internet. You can find anything and everything on the internet to learn about recent technological advancements or learn a new skill. As the field of technology is expanding dramatically every year.

Regardless of the language you choose to study; it is helpful to jot down notes that explain the reasons for the language you're taking. But, to ease your search, we have summed the most popular types of programming languages you can opt for.

OOP arranges the composition of software around data or objects rather than functions and logic. An object is a data field with particular characteristics and behavior. The internal and external components of the data can be viewed using this programming language.

Object-oriented programming language seeks to address common issues using established codes. Later, these codes group the issues into a collection of things that can be used to solve the identified difficulties. It encompasses mobile applications as well as design and production software. For example, OOP is used for manufacturing system simulation software.

It concentrates on the results of mathematical functions and evaluations rather than the execution of statements. Each function is a reusable code module to complete a particular task and produce a result. The outcome will change depending on the data you enter into the function. The return values of functions are the primary goal of functional programming language.

This language aids in identifying and correcting potential programming or coding. Recursive functions carry out a process and then repeat it to address any programming problems. These functions are carried out by functional languages using stored data.

This type of programming language is used for tackling simple programming issues. For example, it can be applied to the problem of getting the operating system's utilities to function again. On the other hand, scripting programming languages are used by programmers to handle dynamic web content, automate repetitive jobs, and support larger applications' processes.

Scripting languages like JavaScript and TypeScript are renowned for being simple to learn, easy to use and integrating seamlessly with other languages.

Programmers can show declarative claims using logic programming languages, and the computer can consider the implications of those statements. This language employs limitations on what the computer should take into consideration rather than instructing it on what to do.

It's a little confusing to refer to these categories as "types of language." In reality, most languages incorporate concepts and elements from various fields, which only serves to expand their utility. However, not all coding techniques suit the majority of programming languages.

Instead of returning the value of the function, these languages manage the variables. One situation where procedural programming languages are used is in printing the data. The data viewing range of a code statement serves as the foundation for procedural languages.

Procedures are usually referred to as routines, subroutines, or functions. They are computing processes that must be completed. Any given process may be called at any time while a program runs, either by other procedures or the procedure itself.

Looking for Professional Programming Assistance? Are you not sure about availing of professional help for your programming? Global Assignment Help is here for you to provide you with the most reliable and authentic programming help. Get Here!

Who Uses These Programming Languages?

A programming language is used by everyone who creates computer programs. From websites to software to video games, programmers work on converting the codes to develop websites and applications. In addition, they produce instructions on how to write code for a program. These programming language users include:

Web Developer: A person who creates websites is known as a web developer. According to the project's needs, web developers use JavaScript, HTML, CSS, Python, or other languages to create client-side and server-side applications.

Software Or Application Developer: A software developer uses languages like Java and C++ to create apps for computers and mobile devices. They transform a concept into a finished product by building code in languages for a particular platform like iOS or Android.

How Can Experts Help You with Programming Languages?

Everybody knows programming language is challenging as it needs an in-depth computer and technical knowledge. Students who pursue these courses have to learn to code to become programmers. It requires a lot of patience and technical skills to achieve good grades. This is why students find it hard to complete their assignments and other coursework in this subject.

So, to master this language, one can choose to seek the help of our subject matter experts. Our team of qualified professionals has years of experience and can provide programming help. They are well-versed and can handle any requirements you have, be they easy or hard. Let us give you a brief about why hiring our experts can be beneficial for you.

Coding Experts: Our writers have sound knowledge of all the technicalities. Th

ey possess all the knowledge needed to write even a challenging programming assignment. Some languages you can seek help with are Python, UML, Adobe Flash, AJAX, Perl, C#, and more.

Anytime Assistance: Yes, anytime means at any given time. If you need help from our experts, you can get in touch with our customer support executives to get programming, accounting, research paper writing service or any other.

Accurate and Error-Free Documents: Programming experts have extensive knowledge in writing well-structured and executable instructions that give accurate results. You can view samples provided by these experts for assurance.

Standard Format: All the coding and work done by our professionals are up to the mark with your university guidelines. Our writers follow all the protocols and instructions given by you to avoid any cases of revisions. So, this is how our experts can help you get better grades in it. 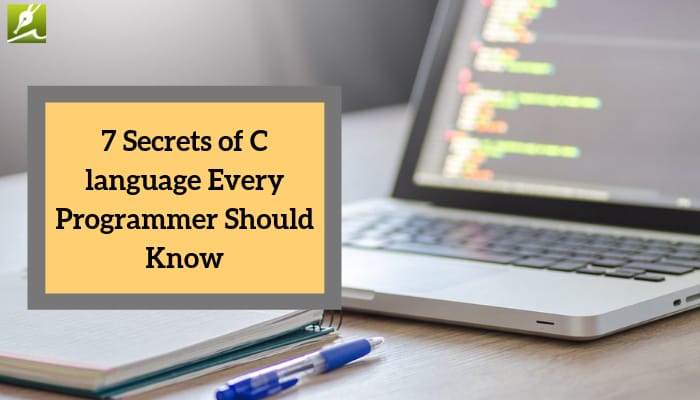