Nine Pioneering Biologists and Their Discoveries

Nine Pioneering Biologists and Their Discoveries

Biologists play a significant role in the welfare of this world. They study about the living creatures, their origin, race, habitat, morphological, anatomical, and genetic structure. Biologists are further categorised into two groups, namely zoologists(those who study about animals) and botanists(those who study about plants). Study of wildlife is an essential aspect of a zoologist’s job. They also study the environmental issues that affect the preservation of endangered species. Biologists working in healthcare sector help to prevent deadly diseases by identifying harmful microorganisms. Botanists who serve in the field of environmental management and conservation provide solutions for environmental problems and preservation of nature.

Well, now biology has evolved widely. But the credit goes to its founders as this had not been possible without their efforts. Here we have enlisted the most famous pioneers of this field and their respective discoveries:

He is the founder of medicines, well known for his contributions towards the field of anatomy, neurology, pharmacology, and physiology. His principles of anatomy were influenced by the theory of humorism which states that four types of humor control our body functions, namely black bile, blood, yellow bile, and phlegm. His theories dominated western medical science for more than 1000 years.

He founded the binomial nomenclature system that we use today. He separated all living things into three kingdoms, namely plants, animals, and minerals. As a keen observer of nature, he compiled a book â€œSpecies Plantarumâ€ that describes the features of more than 500 plants.

This 19th-century naturalist is famous for giving the theory of evolution. As per this theory, each species on this planet has evolved from an ancestor and evolution is a continuous process. He gave many examples regarding this in his book â€œOn the Origin of Species.â€ Puzzled by the geographical distribution of wildlife, he proposed the theory of natural selection that states that only the fittest species can survive in the nature.

He is best known for proposing the germ theory, pasteurization method, vaccination principles, and microbial fermentation. It’s due to his extensive research on microorganisms, that today we can deal with hundreds of diseases. He also introduced the vaccine for anthrax and rabies.

This 18th-century biologist and chemist identified the process of metabolism and stated that every living thing produces energy and heat. He said that this process is responsible for all the functions of our body such as digestion, blood processing, and immunity control.

This Scottish botanist described the random movements of cells which is known as particle theory our Brownian motion. He also studied the various parts of the cell and gave a detailed thesis writing of the cell nucleus.

This 19th-century Augustinian monk is called the father of modern genetics. He was fond of gardening. He crossed varieties of pea plants and found that parental traits are passed to the offsprings from one generation to another. He also revealed that dominant character is more likely to be inherited.

This 17th-century scientist is popular for his contribution towards physics, chemistry, and biology. With the use of his microscope, he studied a sample of cork and found that it is made up of numerous minute particles and termed it as the cell. But he could not find anything about the functions and composition of the cell.

Read this blog: Characteristics and Scopes of Environmental Economics

He is known as the father of immunology because of his pioneering work on smallpox vaccine. He carried out his experiment on an eight-year-old boy James Phipps in which he inserted a cowpox pustule into his arm. He found that having been inoculated with cowpox Phipps was immune to smallpox.

This was the list of the earliest biologist whose discoveries shape the study of biology. Although some of their theories became redundant with time, still they have paved the path towards a technologically advanced world. 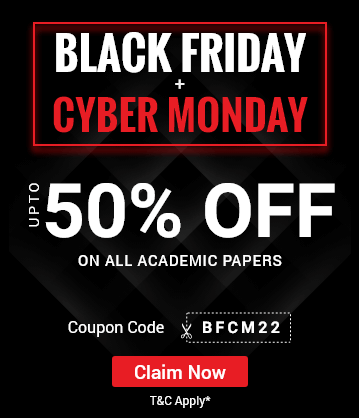