In 2006 TESCO had to pay a compensation bill of £4 Billion for the equal pay claim due to gender discrimination. Birmingham City Council Workers filed the claim in 2006 for the first time. This case was handled by Leigh Day which a London based law firm which has dealt with human rights, employment & discrimination laws noted that thousands of female employees at TESCO work in a male-dominated environment and are less paid than the males. The firm also said that a female employee earns £5000 less than the male members. Not only the employees but when it comes to the shop, the female workers are paid £3 an hour less than the male workers. The firm took a Legal action against TESCO with a charge of Gender Discrimination.

During the hearing, Leigh Day mentioned that this kind of underpaying behaviour has been followed for many years by TESCO. The female workers and employees demanded equal pay in the company. This case stresses on the argument that gender bias is the reason which led to the high income of the male staff than the female staff. The female workers working in the shops claimed that they are doing an equal amount of activities as the male workers. The case involved 20,000 underpaid employees. Afterwards, the law firm launched an action against Sainsbury in August 2015 which was a case where 1,000 workers were involved. Leigh Day mentioned that management of TESCO was approached by thousands of employees and ex-employees for the same. TESCO employees working in distribution centres can earn in excess of £11 an hour while the most common grade of compensation for store staff sees them receive around £8 per hour.

Paula Lee was the lawyer from Leigh Day, who was assigned this case said in the hearing that there should be no arguments for this topic of equal salary of every person whether male or female. She also mentioned that every employee and worker in the company has invested his/her time, energy and skills equally for the good worth of £49.9 Billion. She also highlighted the latest annual report of TESCO where the remuneration package for the Chief Executive Officer and Chief Financial Officer totalled £7.3 Million. 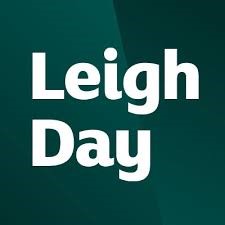 This claim became a deadline for the companies with more than 300 employees to put out gender pay gap figures is approaching after gender pay gap regulations came into existence in 2017. By the end of 4th April 2018, the companies are required to report on their own website and on the government website their gender pay gap, in terms of percentage difference between average hourly earnings for men and women, their gender bonus gap, the proportion of men and women receiving bonuses and the proportion of men and women in each quartile of the organisation's pay structure. This should be done on an annual basis.

TESCO is multinational British groceries and general merchandise retailer based in Welwyn Garden City, England. It is the third largest retailer in the world when compared on thebasis of the gross revenues and ninth largest when compared on Net Revenue. TESCO was founded by Jack Cohen in 1919.

Companies when dealing with these kind of cases undergo a lot of issues. TESCO also faced some issues:

After the incident, in the end of 2017 government imposed Gender pay gap regulations in which the companies are bound to report their gender pay gap on their company's website and on the government's website. This will be defined as the percentage difference between average hourly earnings for men and women, their gender bonus gap, the proportion of men and women in quartile of the organisation's pay structure. After this, TESCO published gender pay gap on it's website according to the requirements of the government for the year 2015-16. These show a mean gap of 14% and a median pay gap of 8.6%.

After the above analysis, it can be recommended that TESCO should have reacted after the complain of the fellow employees and workers. This would have saved their £4 Billion which they spent on the claim could have been spent on Research and Development. This investment would have raised their amount of goodwill and their profits. This would increase the profit margin and the brand value of the company. The case of TESCO stretched for more than 10 years.

After the case, the company should follow the guidelines given by the government and should listen the suggestions and complaints of the employees carefully and sensibly because those are really important and worth solving. If TESCO have heard the complaints and suggestions given by the former female employees the problem of compensating the female employees wouldn't have occurred. This problem of gender discrimination should be solved by the company completely by working in teams, equal pays and equal respect.