The case study cover the case of HIH Insurance a company that is classically determined as the organisation which opted for the employ utilitarian theory of ethics without considering others and the relevant consequences. The case will be examining the problems and challenges faced by HIH Insurance in regards to conduct business and grow without considering the expense of their actions which are made with careless attitudes and lack of information. The outcomes of the approaches used by leadership were faced by other and resulted in establishment of double standards and complexities within organisation and which led the firm to making disclosures and reporting. The case will be revolving around ethical dilemma and the accounting issued which created huge concerns for HIH Insurance and its operations.

HIH Insurance was an Australian insurance company which was second largest in the country and was established in the 1988. The company was provisionally liquidated in 2001 as it got collapsed and known as the major one in Australia in past history.

Illustration 1: Beware of the Ides of March: The Demise of HIH Insurance, 2003

HIH Insurance case was connected to its liquidation that was a mere consequences of its leaders unlawful and accounting problems which caused the company to collapse and ultimately close down with number of members being imprisoned for the lack ethical work and conducting fraudulent actions. The firm was growing but in slower rate which made it to change strategies and take serious actions. This led to merger of HIH Insurance with Winterthur Insurance in 1995 and made it a leading and the largest insurance firm in Australia. With expansion, HIH Insurance moved and went over in acquiring FAI Insurance in over three years. 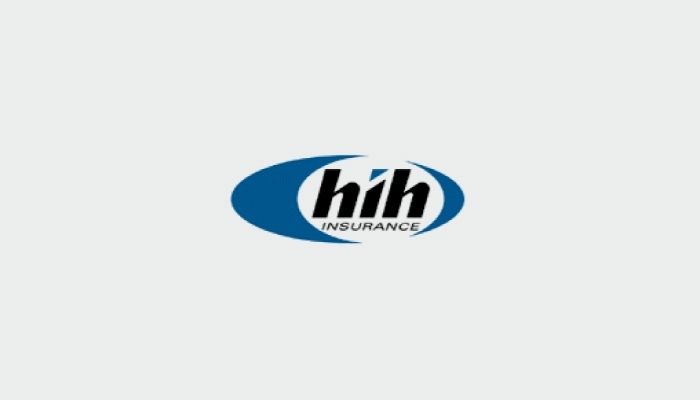 The results of HIH Insurance continuous expansion resulted in making it a huge firm with magnanimous size and force in market. The firm had the power and enough force on insurance industry due to its size to make changes in the flourishing trends and spread manipulation. This power of HIH Insurance made them stronger which the company more careless and the power is misused by them in manipulation. The first step which where HIH Insurance made mistake was of relating with Arthur Andersen a adult firm where familiarity of nature of both lead to control of both the firms in hands of only one. This is where the first primary problem began for HIH Insurance. The company had a very unparalleled and unbalanced control over its decisions and specially financials decisions and most commonly form the leaders of HIH Insurance.

The best suited example of such situation was of purchasing FAI Insurance in 1998 only over guarantees of Non Executive Directors (NED's). HIH Insurance did not engaged or gone through any due diligence for verifying the facts and figures before making purchase and just relied on word of mouth. This was the biggest mistake made by HIH Insurance and the outcome of which that came out was fraudulent reporting and financial records were presented to HIH Insurance where assets were highly overvalued and liabilities were undervalued. HIH Insurance, in the year 2000 made compromises and written off a large sum of the overvalued cost and caused HIH Insurance to go through a huge loss. 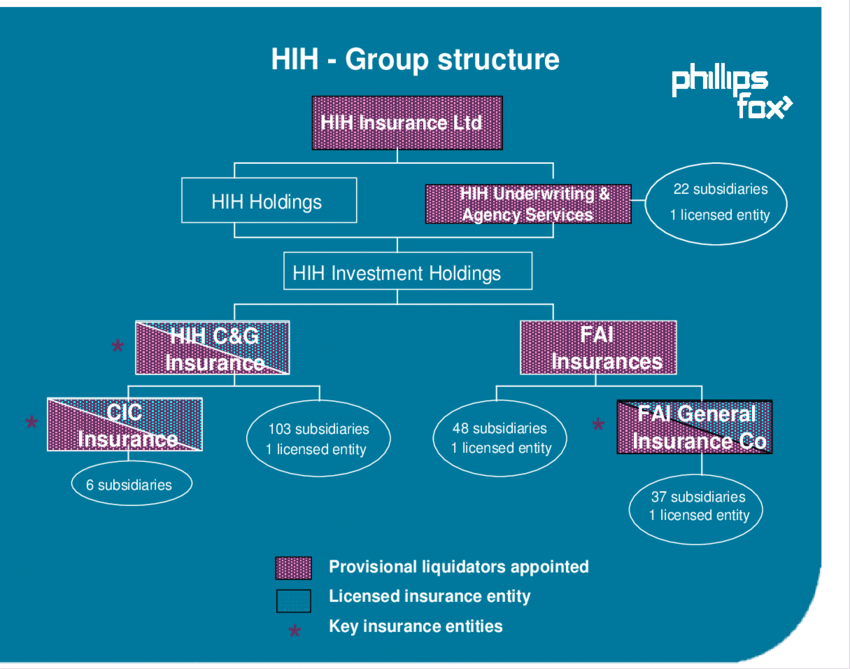 Here again the HIH Insurance did not learnt form their mistake and made another one by making their ties more stronger with Arthur Andersen by bring three of its partners to the managerial hierarchy of HIH Insurance. They were the former auditors of Arthur Andersen and given strong position in Board at the same time they were also a part of their existing company and playing major role their too. The involvement of partner of Arthur Andersen in HIH Insurance managerial level rendered the three individuals a significant power and role over influencing the financials decisions of the firm and also hold the power of pressure within the company.

Ultimately the company came in sever problem and had to face implications for Corporate Governance Oversight and Regulation in Australia. To begin with HIH Insurance has to go through in-depth investigation conducted against it for overlooking at the operations of HIH Insurance to find out where it went of the course and non-compliance was began by not following proper accounting standards. Then again the relationship of both Arthur Andersen and HIH Insurance was found guilty and the HIH Royal Commission found disconnection in audit practices of Arthur Andersen which then coupled with the regulatory authority lapse and in-compliance and played a key role in all the difficulties and problems being faced by HIH Insurance.

In particular, it was critically discovered that the corporate governance structure of HIH Insurance had the power to control and carry on the depth of investigation over the money transferred which is made by the auditors, especially by controlling the money paid to the latter. Arthur Andersen was the responsible party and suppose to be an oversight and be skeptical enough while invetigating the financials and reports of HIH Insurance and all the practices which are being undertaken by the organisation in favour of the accounting practices. But the relationship of HIH Insurance and Arthur Andersen made the work influenced by their friendship and nearly impossible to investigate all the section, actions and financial practices of HIH Insurance as per the requirement of accounting and auditing.

Thus, it was the biggest loop of HIH Insurance which led towards their failure and collapsing. The company and leaders that is management of it were not critical enough while making their move to become the market leader. The engagement of both the parties that is HIH Insurance with its auditing firm was unfair and making the partners of Arthur Andersen and bringing them in management of the company was clearly against the rules and auditing requirements.