Bhopal gas tragedy was one of the worst disaster happened in India as due to leakage of Methyl isocyanate in a Factory owned by UCC. It has killed thousands of people and also affected the life of the people living their. All the companies should try to follow all the ethical issues and ethics while making or setting any company. There were so many reasons behind this disaster.

The Union Carbide India Limited (UCIL) came in India in 1969, This company was formed by Union Carbide Commission (UCC) and it has 50.9% of various subsidiary. The plant of UCIL was setted up in Bhopal and has some coverage in Bombay but later on the government of Madhya Pradesh has conferenced with all and discussed to make the plant in Bhopal. The company main aims is to form Sevin pesticide through all the composition of various gases ion which Methyl isocyanate was being the key ingredient and that all composition was been framed by United States of America. 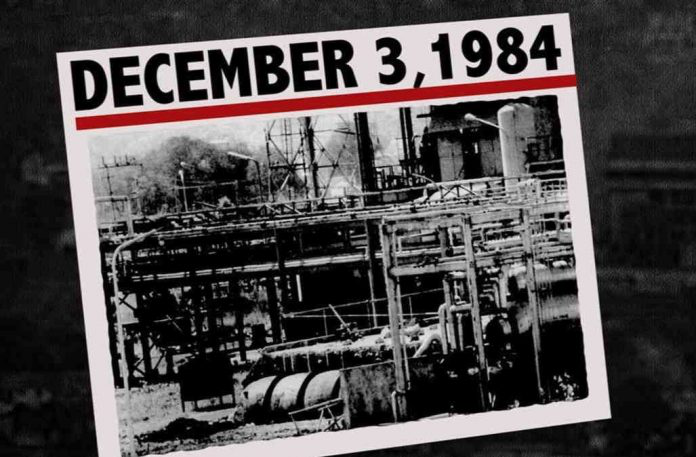 This was one of the worst commercial disaster that has affected variably whole country. There was a company Union Carbide India Limited (UCIL) which was being established in 1969 for making the pesticides named Sevin with the help of a substitute MIC in Bhopal, India. During the course of time company use to generate Methyl isocyanate MIC for the supplying in various areas. In 1976 their made a complain against the company that the factory create a huge pollution and also their was a death of labours due to the suffocation of phosgene splash. In the mean time of 1982-1984 their were several incidents happened that the leakage was happening in the tanks and also 24 workers were adversely affected while they went for the cleaning of that area. On December 3 1989 when the workers went to clean the tank their was entry of water in the tank which resulted in mixing of that water with MIC and that has reacted. And also their was a strict guidelines that no tanks of Methyl isocyanate will be filled more then 30 tonnes of gas but the negligently filled the tank to 42 tonnes and that created an immense pressure in the tank. Thus in the night their was a explosion in the tank of methyl isocyanate and that raised in a minute that approx 2000 people died immediately and rest 300,000 led to be physically disabled. The government of India filed the case against the UCIL in order to run the factory negligently and was not supervising them properly. That has been a major issue as it led to lost of lives of thousands of people and has also affected persons who were alive in a hazardous way. 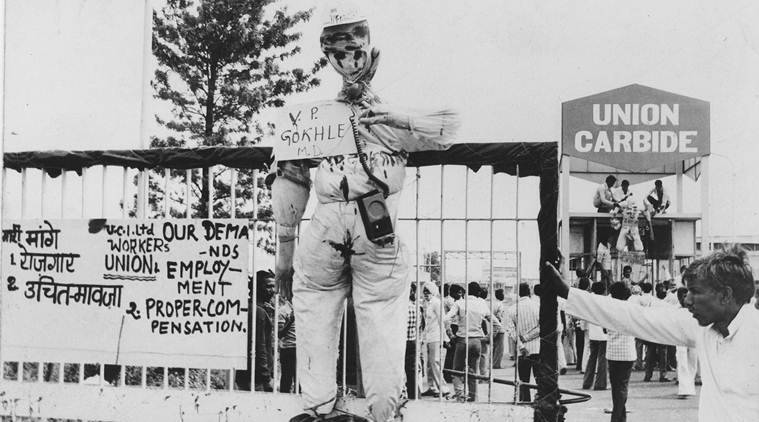 This case has created a worst impact on the country and as the their were several petitions were raised against the UCIL for being the negligent the Central government of India has decided to file the one and the main petition in order to get the justice for the victims of the family. Their has been seen in the report made by the UCC that the their was a serious malfunction in the working of the factory. And their was the lack of supervision, as the tanks were strictly being mentioned to be filled for not more than 30 tonnes still the workers filled it more then the average. Their temperature warning meters were also not working properly in the result of which their was an immediate change in pressure their was no update. All the workers working in the factory were facing the language barrier as the most of them were not able to read and write English language and were not able to read the manual properly thus the company would have kept that in mind in order to run a factory or such a big industry in a country which was not aware about that language they should have been provided a proper area of record in the working zone. That hazardous has created a worse impact as most of the people lost their eye sight their was a problem in the reproduction and the birth rate was also decline. In that mean time their was the highest death rate count in Madhya Pradesh Bhopal. That has also raised a worst impact so many people who were just sleeping was never awake and even after years their was several issues that has been seen in the new born or infants. The machines and the harmful chemicals being used by the companies should know the consequences and the drawbacks. UCC should have given special training to all the workers working in that factory and should have also appointed a team that should guide and regularly train the employees for being working in a proper manner. As the government has filed a large petition on behalf of all the people it created a huge impact on the company as they were saying that they are in no fault in that incident. Later on, when their seems that no proper decision has been taken the UCC has decided to do the out of court settlement with the central government of India and has paid approx 470 million as a compensation and relief for the people affected.

This decision has been criticised by so many people as no money can even compensate the life of the people and as the person who are facing the enormous problem in their lifestyle and also the new born who were not been able to live longer just because of that hazard that thing cant be compensated.