It is a country house within Woodstock, Oxford-shire, England. In 18th century, the Queen Anne's gardener, Henry Wise had designed ground of this palace in a formal style of the André Le Nôtre's famed gardens for Vaux-le-Vicomte and Versailles in France. Blenheim Palace was built as a gift to the John Churchill, 1st Duke of the Marlborough, from the Queen Anne and the grateful nation in thanks for his victory at the Battle of the Blenheim in 13th August 1704. 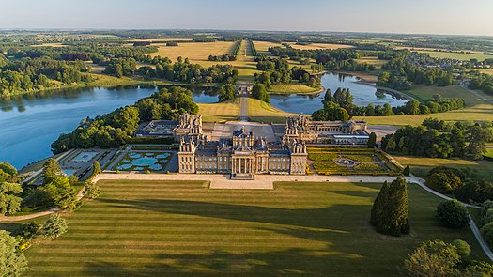 Architecture of the Blenheim Palace

It is one of the huge building within England, designed by the playwright Sir John Vanbrugh, assistance Nicholas Hawksmoor and landscape architect Lancelot Brown. Architectselected for this ambitious project was most controversial. Duches favour the Sir Christopher Wren, famed for the St Paul's Cathedral and other national buildings. In tangible form, the Blenheim is a spectacular example of the work of Nicholas Hawksmoor and John Vanbrugh, two of the England's most famous architects. This represents a unique and amazing architectural accomplished celebrating a victory of English armed service over the French. The palace and its attached park have an exerted great impact on the English Romantic movements that was characterised by eclecticism of its inspiration, its return to the natural sources and love of the nature.

Building and design of Palace between 1705 and 1722 represented a new beginning of new style of the architecture. Its landscaped park has been designed by the Lancelot “capability' Brown is considered as “naturalistic Versailles”.

Main building of the Blenheim Palace consists of the two wings on main building and courtyards. Its exterior is mixed with the Collins-style colonnades and tower with the Baroque style. Its high uplift of triangular walls, forming a patchwork of the facade line. When entering in the hall of this palace, it is surrounded salon, library, living room, reception room, all surrounded by the small courted which is connected by hall and corridors. Furnishing with the tapestries, families portraits and an assortment of the decorative ornaments, all from hands of the masters. To mimic a natural landscape sculpture garden seldom do decoration, when the Blenheim palace is French Baroque garden. In this, Sculptures are circumpolar everyplace. 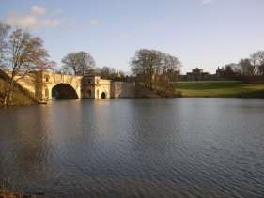 Its manor was destroyed by Duchess of the Marlborough's command, foundation of the Vanbrugh's Grand Bridge utilised a large number of the rubbers for filling up. Vanbrugh and John Churchill had inquired into the Woodstock park and saw a marsh's valley. They inspired by it and designed a fitness bridge in Europe. 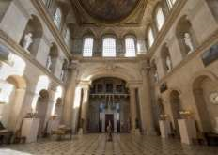 Gibbons hall is most amazing thing at this place. Its height is around 67' ft. In 1716, an English painter of the historical subject has painted upper surface of the Blenheim palace as per command of the war and for expanding in the Blenheim palace to show victory of the Madero. Moreover, its stone were craving by the Grinling Gibbons.

It was used only once in a year in the Christmas dinner for Duke Marlborough's Family. In this, classic and elegant room painted murals and painting of the French artist Louis Laguerre.

Along with the Blenheim's wall, there were also the thick tapestries made by the expensive fabric hang from wall that describing a surrender from the French on battle been accepted by the Marlborough in Green writing rooms. 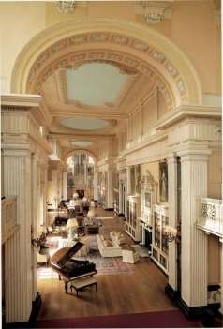 It is a private house within Britain. This long library was originally designed for gallery, designed by Nicholes Hawaksmorr and Vanbrugh. This library can contain approximately 10000 books, largely collection was from 9th Duke. In this wall, at northern end, hang in the systemic statue of the Queen Anne, first duke and King William 3rd. Magnificent Willis government agencies is most compelling place within this room.

Students Also Like to Read: Summary of The Children's Act 2004 - Analysed 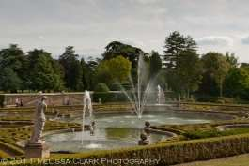 Due to the Blenheim's water terraces, Winston Churchill took responsibility to create a big lake, artificial fluctuation and series of the water cascades. According to him Blenheim is a unique and different attraction lie in its consummate adaption of the English parkland to the Italian palace. Students can take case study writing service from our experts writer.

The Blenheim is an English name of the Blenheim, village in the Bavaria, Germany, that was a site of the Blenheim's battle in 1704. mostly palace and other things called Blenheim are named indirectly or directly on the honour of battle.

2). What is special about the Blenheim palace?

It is only building within England other than the royal building to be lucky to own a title of “Palace”. This palace was birthplace of the Sir Winston Churchill during 1874.

3). What was the Blenheim palace used for?

9th Duke with his cousins played their part in war efforts on a front line and children and ladies also contributed on home front. This palace was used by them as a convalescence hospital and gardens were turned into a big production site.