This unit is based on the development of an innovation road map that outlines the innovation process of an organization for the achievement of business growth.

Innovation can be termed as a process of process generating revenue from customer when new ideas, creativity and invention are converted into goods and services. Here Morphy Richards is the company which deals in the home appliances and has adopted many practices and strategies related to innovation. This assessment has shown many external and internal factors like social, technical, economical (Demetrious, Verghese, Stasinopoulos, and Crossin, 2018). Here Morphy Richards has emphasized organization's capabilities and performances and various ways of establishing itself in the competitive market. Its collaboration is also highlighted in the report with other countries. According to this company, innovation is application of fine solutions that touches existing customer's needs and other market demands. Morphy Richards company is very particular in selling its home appliances and has established its brand name in the competitive market. According to it, customer's pain, needs should be clearly before stepping into any process because that only leads to development of the organization. When ideas are applied to organizational structure results in development of the company. Company follows Pestle for its organizational development and uses 4Ps at its maximum level. It is simply a device used to satisfy customer needs and brings new creation upgrades the level of market. The report is structured on importance of marketing mix, innovation history, organization's performances and future vision. Company innovated irons initially from 1950. In 1960, it stated irons with electricity then in 1970 irons weighted heavy so they were replaced with aluminum. In 2000, appliances were modified and presently light weight irons are developing. In future smart irons with technology and electric blankets would be introduced. It is recommended that Morphy Richards needs to focus in adopting highly advance technology in order make electrical kitchen items. This is the area which Morphy Richards need to innovate for the future.

The Future Of the Industry and Beyond

Many external factors will influence Morphy Richards future and its innovation. These factors affect this company at technological level, environmental and economic level till 2020. 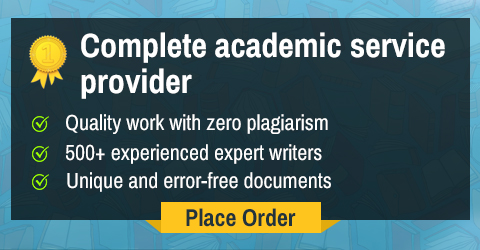 Technological Analysis: Today technology is being used in day-to-day life. Either it is business or any other field every person is dependent on technology. The existence of internet, computer calculation, ability of computers to create random numbers, 3D technology are common. These factors have definitely put impact Morphy Richards company. Through websites competition has increased. Customers get variety of products and have many options while sitting at home only. Prices of the products vary time to time as competition is increasing (Koudelková, 2015). Competitor's find struggle in creating their products if their customers are diverted to other products. Morphy Richards have to face many challenges regarding this as its rivalries will increase till 2020. Cybercrime is also there so it has to protect its website from other national and international hackers.

Economical Analysis: As the household salary will increase people would invest easily in companies and the public who would get job opportunities would find easy to invest in luxurious items. This would definitely effect global economy in a positive way. In emerging countries young consumers will play a significant role over purchases . There would be a worldwide balance of economic power among countries. Business would change its pace in future due to digital technology and globalization. The work that could be done in more cheaper way way through overseas would be preferred. According to survey companies hire those employees who have scored grades in colleges of engineering, accounting, computers, economics. So major students of history geography aren't having any demand.

Environmental Analysis: According to environmental analysis, it has been considered as a strategic tool. Market is also facing changes because of environmental ups and down. Many decision making process have been evaluated again due to this factor. All factors that ascertain circumstances in day to day life influence organisation (Guertin, Sweeney and Schmidt, 2015). Availability of non-renewable resources like natural gas, oil have widely affected the market. This will definitely create deficiency in future. Supply of major goods will decrease and so their demands will rise in future. Decrease in fuel prices have increased business. Home appliances purchase will increase as air conditioners are in high demand among customers.

Political analysis: This is another factor which will affect Morphy Richards in future at large level. Rules and regulations of government keeps on changing and so the strategies of organisation is also affected. Increase or decrease in tax is perfect example that never comply with organisational structure (Goel and Dwivedi, 2015). This decision direct influence business man. In future, Government interventions would lead to uncertainty in business and effect demands of customers as well. Some political decisions made by the department directly economic structure as well. Organisation has to follow various laws and have to go through political stability and instability as well.