The case study discusses and rotates around the ethical negligence and use of unethical practices of B.F. Goodrich an American tire producing company. The engineers and supervisors of B.F. Goodrich made faulty A7D affair brakes for Ling Temco Vought inc. Aerospace and made a negative influence on their image in market. Moving over years and the company made not change in their image and ultimately lost their chance to regain their clients of aerospace industry as suppliers. The case revolves around the discussion over the moral and business ethical issues raised when the company was offered to manufacture A7D affair brakes for Ling Temco Vought inc. Aerospace.

ANALYSIS OF THE CASE

The issue of business ethics and unlawful activities started from the leading officer and engineer of B.F. Goodrich who were responsible for the faulty design of the 4 brake discs. The design of the brakes were made by John Warren the lead engineer who very easily shifted the blame to a subordinate who is a fresher and have recently started working. The subordinate instantly recognised the problems of the brake and alongside also mentioned the solution for improving it. But being the senior John made sure of keeping Seale Lawson quite being a subordinate.

Seale Lawson found out about the poor brake quality and made a suggestion to add another disc for making it better and improvising it as a remedy. But the senior engineer ordered the subordinate to maintain silence and direct the defect towards the poor quality of material which is used to manufacture not the design of the brakes. In case of which the subordinate, Seale Lawson make the move to go against the senior engineer and reported it the designs issues to Robert Sink the leading supervisors of the company.

Once again the leaders and the top staff of B.F. Goodrich neglected and rather than working ethically the Sink asked Lawson to keep the tests going. While continuing the testing of the faulty brakes Lawson asked the data analyst to create a presentation in regards to the A7D affair but the analysts also refused the request of Lawson. Then again Lawson efforts to make things right did not worked and made it pretty clear to make the report again. In conclusion of the same, the A7D was given away and to Ling Temco Vought inc. and the result was disastrous. Ultimately the matter went in hands of a committee and the data analyst of B.F. Goodrich perfidy to the awareness of FBI. But lastly, the end result was the company had to make the 5 disc brake for Ling Temco Vought inc.

Both the leading staff member of B.F. Goodrich were highly contemplated with the moral issues and ethical working. The professional implications and responsibilities of leading members of the organisation were highly ignored. Alongside, in consideration to Lawson as well the professional integrity and ethical working was a lose end. The subordinate did not considered the fact to move to higher authority and communicate them the issue rather then made some efforts and felt that the duty is completed. The loss of integrity of Lawson could have affected his whole career and being a fresher which is a very critical aspects for him. The reputation of Lawson was ruined and can be a subjected aspect for the rank of unemployment for him.

Sink was clearly wrong at his place, he was highly careful about the professional credibility but conformed to the institutional practices of overlooking the related problems and increase the bottom line. The professional has the responsibility to be morally, professionally and legally ethical and responsible to investigate the issues in designs of the A7D brakes keenly and systematically to first remove the issue and then properly fulfil the requirement of the client Ling Temco Vought inc. The work performed by the senior executives and members of B.F. Goodrich made its ethically impossible to recover the ruined reputation of the company and make it regain its goodwill and customers of aeronautics industry.

Then again the Vandivier, the data analysts who prepared the report was wrong as well while preparing it and commanding the subordinate to be quite of the facts. The professional code of ethics were prohibits any of the practice which will damage the reputation of the individual and the profession as a whole. Then again the analysts ignored the consequences and kept the self interest up instead of what is right and wrong. The problems of unethical practices and behaviours at B.F. Goodrich were systemic. Thus, the company was made responsible for their work practices and unethical behaviours as a company. The firm if structured as a corporation then it is made highly responsible. On legal aspects as well the CEO, Board of Directors and President of B.F. Goodrich were made similar to Ken Lay at Enron, will be made responsible and would have to accept guilt and blame for the production of faulty A7D brakes. 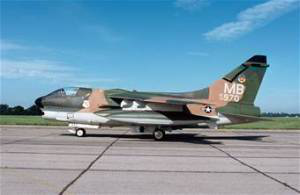 A sever change and renovation which would have been introduced by management within the organisation to make its functions and work practices more and more ethical is of better promotion in regards to transparency. The company could have been more indulged into making their policies more transparent and make assurance to take up freedom from punitive actions if any are being running within it. The employees or any member within the company reports any immoral and unethical practice which is not correct legally and goes against the professional code of ethics. The problem of unethical and illegal practices are embedded in culture of B.F. Goodrich and it has severely affected its reputation but company could have brought in outside agencies and external parties to work over its affairs and deal with the ethical matters for proving the sincerity of the organisation for having and enjoying the advantage of a ethical workplace. The people do have sever impact over it and for which they need to and would have made certain level of changes in operations and work culture.