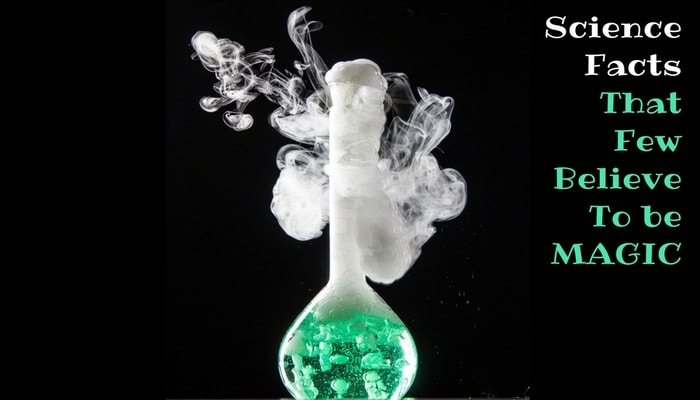 Science is the study of nature that helps us exploit our environment the way we want, and it is going great. And, it has taught us extract diamond from coal, oil from the earth, and fire from stones. However, there are a few facts that schools don’t teach us to keep some magic shows in business.

As a matter of fact, there should always be a thing or two that your mind fails to comprehend. We understand that it motivates you to learn more, and while you learn more, it reminds you that you don’t know it all.

Water is a crazy, crazy fluid. First of all, it’s a universal solvent, then there’s too much of it on the planet, and then the triple point behavior. Yes, water can exist in all three states at once, given that the temperature and pressure are kept constantly specific. When you read the phase diagram of water (Pressure Temperature Behavior), you will derive the critical point exactly at 273.160 K, if you keep the pressure constant at 611.657 Pascals. Once you derive that, you can start showing off your magic tricks to the dummies.

If you are surprised by this phenomenon, means you aren’t familiar with the mechanism of an optical fiber. It’s an experiment you can perform at home, and it’s addictive too. To do it, you need a transparent water bottle, a needle to punch a hole in it, and a laser pointer. Fill the bottle with water and punch a hole in it using the needle so that the fluid starts flowing through it. Point the laser beam inside the bottle, you’ll find that it starts coming out with the water falling through the orifice, contradicting its own straight path and following the flow instead.
Magic? Not.

Now, this is interesting because it looks like a miniature UFO. The experiment goes like this, take any object and cover it with a superconductor. You should not levitate humans because after the coating, you need to freeze the objects at sub-zero temperatures. Next thing you need to prepare is a magnetic track for objects to hover over. The reason why superconductors are used instead of magnets is because magnet don’t lock with another magnetic surface. It can either push or pull the object. Semiconductors, on the other hand, lock themselves on a designated path and start moving along it.

4.Sending flame to light a candle (from a distance)

It is one of the simplest science tricks which won’t make you much famous amongst your friends because candles are something they can buy from the market, and the experiment is way too easy. You may have already noticed, when you light a candle, a small amount of wax melt and rest evaporate in the air. As soon as you put the flame out, the smoke travels upward for few more seconds. That’s your window of opportunity. Take a lighter and bring it close to the gaseous wax. You will observe a spark traveling downwards along the path of smoke and lighting the candle again.

A lot of magical tricks, we know, are actually science experiments minus the readings. However, you can also note down the results regarding a particular phenomenon, and derive an equation, or two on your own. Practicing that will either make you a scientist, or an old man. Good luck experimenting.

We know that science becomes uninteresting when there are no cool experiments to be performed, like it happened in schools. They teach you to memorize formulas and theories, but there’s not enough emphasis on their practicality. If you try and understand science by performing easy-to-do experiments at home, you may not get enough time to write your assignments. Contact Global Assignment Help, and our team of assignment help providers will complete your write-up and mail it to you before the deadline