7 Incredible Facts About Yoga That Everyone Should Know 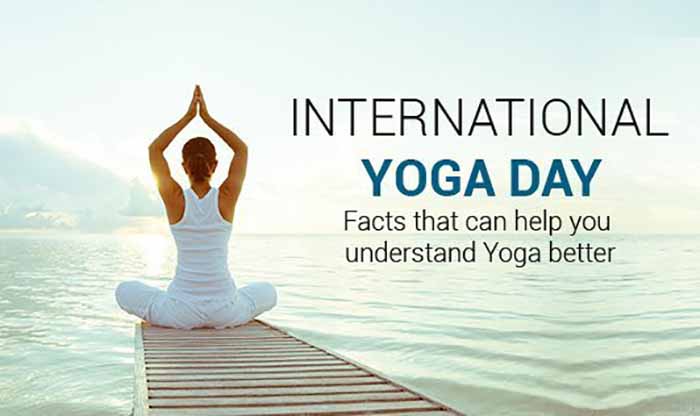 7 Incredible Facts About Yoga That Everyone Should Know

Yoga is an old practice from India which helps in improving health. Lord Shiva is the supreme lord of yoga, as per the Hindu mythology. It uses various breathing techniques, meditation and exercise. According to a study, in 2008 around 16 million Americans practiced yoga and spent about 5.7 billion dollars in a year on it. Not only this, there are some more amazing facts about yoga that you should be aware of.

A person who practices yoga regularly lives longer as compared with an individual who doesn’t practice it. Yoga helps in strengthening lungs and also benefits the heart.

Yoga is not only about Asana

There are eight branches of yoga that include Yama, Niyama, Asana, Pranayama, Pratyahara, Dharana, Dhyana and Samadhi. Asana is the third limb of yoga which consists of 84 classic asanas, referred to as postures. An individual who is doing yoga moves from one asana to another. For instance, there are twelve poses of asanas in sun salutation (also known as Suryanamaskar) which help to balance human body and soul.

An 85-year-old lady Bette Calman from Australia holds the Guinness World Record on her name for being the oldest yoga instructor.

Banned in Malaysia for Muslims

Yoga is prohibited for Muslims who live in Malaysia as they believe that yoga practice doesn’t go with their culture. The top Islamic body in this country claims that the elements of Hinduism in the ancient Indian yoga could corrupt them.

Reduces the risk of heart disease

According to many studies, practicing yoga regularly brings a deeper awareness of the mind, body, and emotions allowing the person to become more in tuned with his/her mental and physical health.

'Doga' is yoga for Dogs and was started in the year 2002 by Suzi Teitelman in New York. People practice this to secure a bond and connect better with their dogs. They use their pets as a prop during stretches or help them in their own poses.

Yoga is not a religion

Yoga is a science of well-being, integrating mind, body, soul and youthfulness. It helps people to find spirituality and is being practiced by a large number of individuals from different religions.

These are a few interesting facts about yoga. The popularity of yoga has been increased in the last few decades. Not only its benefits have been proved by research, but also many celebrities and professionals have recently adopted this practice. Yoga  involves all aspects of lifestyle such as diet, mental attitude, choices in life and philosophical studies. If you’ve found this blog useful, then do share it with your loved ones.

Global Assignment Help is one of the leading assignment writing service providers and has assisted many college students with their academic writing tasks. We provide world-class services to the scholars based in the UK, US, Canada, Australia, Malaysia and New Zealand. If you are seeking help in completing your assignment, essay, dissertation, coursework, homework, report and presentation, then you can contact our team right away and get assured of securing top-notch grades. Hurry up! Call us now and avail amazing discounts and offers.