Greatest Blunders in the Field of Science and Technology 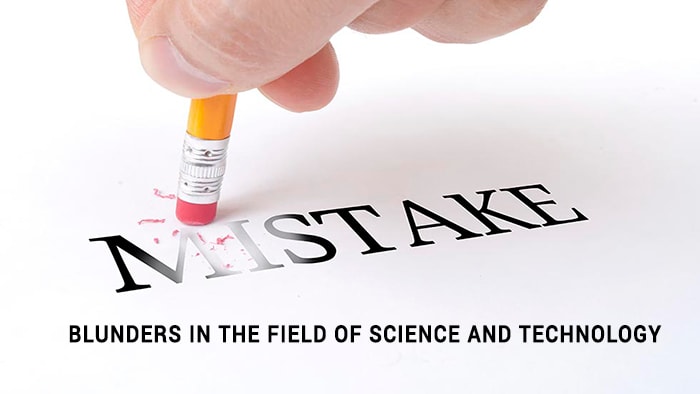 Greatest Blunders in the Field of Science and Technology

Over the years, the developments in the field of science and technology have altered our lives to a great extent. We cannot even imagine living without these modern gadgets as they have become an inevitable part of our day-to-day life. However, a few times the inventions raised a complication which either gave an unexpected result or became the reason for the loss of human lives. The experts offering assignment help have come forward to account some of these so that the scholars can be made aware of them. So, let’s get started and know more about the catastrophe of the science and technology!

An Airship which was to be powered by the fuel, helium and hydrogen, was enclosed in cells. A fuel balloon was situated immediately above the crew and passenger compartment. When the giant Airship was about to take off, it got covered in rapid flames because of internal issues which stay unknown till date. What followed this was the fuel tank got emptied in a minute and burnt the airship along with all the passengers creating a huge havoc about hydrogen Airship.

The thought to set up colonies in the other celestial bodies of the space has always tempted the scientists. In 2012, a Dutch company began planning permanent residents to the red planet which was as impractical as the experiments of NASA which aimed at establishing permanent colonies on Moon. Nevertheless, the experiment failed, and we are still striving hard because setting  colony on any extra terrestrial body would require self-sustaining resources first!

We are in dire need of computers because they can perform calculations better, faster and with much precision than us. But back in 1994, it was discovered that an entire chain of Intel processors has faulty mathematical coprocessors. This implied that whosoever was using computers for calculations at that time got erroneous results after the 9th decimal place. It is said that Intel knew about the problem, but chose to ignore because not everyone was capable enough of identifying this issue.

In late 1980’s, Stanley Pons and Martin Fleischmann announced that the world's energy problems had been solved. They claimed to have created nuclear fusion on a tabletop by electrolyzing deuterium oxide using electrodes that were made of palladium and platinum. If what Fleischmann and Pons said was true, they had replicated an energy source that was similar to that of the sun's energy. The problem was, no other scientist was able to reproduce their results. It was later found out that it was just a hoax, and the careers of both the chemists were ruined.

Although there are much more to the list, we should not focus on these shortcomings instead concentrate on the gifts of the science. However, learning the valuable lessons from these debacles is suggested to prevent them from happening again in the future.

If you like reading the blog, then do not forget to share it with your friends and classmates. For more such interesting write-ups, keep a close watch on our blogs section.

In case you are stuck with a plethora of academic documents and are unable to concentrate on anything else, then connect with our round-the-clock active customer care support staff, and get your  queries resolved at the drop of a hat.

You can even enjoy abundant of benefits offered by us to our valuable clients. Furthermore, to assess the quality of work we deliver, you can view the samples available on our website.

Hurry! Place your order now and get assured of the top-notch grades at affordable prices.